Because Athem’s job is putting on a show, we created a graphic charter that evokes the profession of set design, a whole production in itself. To express the studio’s meticulous and creative spirit, we chose intrinsic and unexpected spacing. As if suspended from the strings of a puppet master, the letters of the graphic charter suggest a game in space, and evoke a sense of movement reminiscent of the studio’s creations. With cutaway sections, the letters also hint at shadow puppets and light projections – a stylised echoing of video mapping.

Lifted up on to an invisible stave, they create a unique musical graphic. Just like a musical score, this charter is a creative tool, as well as one of precision and rigour. 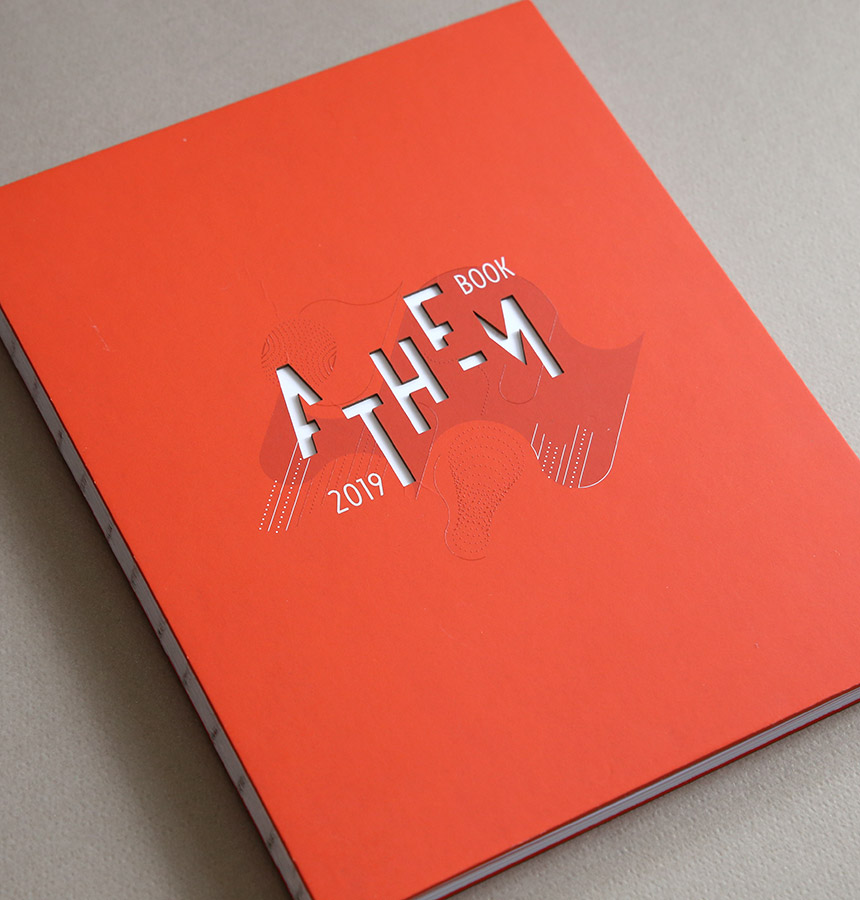 Athem performs in various arenas. For several years, however, it has made a name for itself in the cultural space. For its portfolio, the studio wanted to bring this image to life using its codes.To design a portfolio like an object, like an art book. That’s what the studio was asked for. 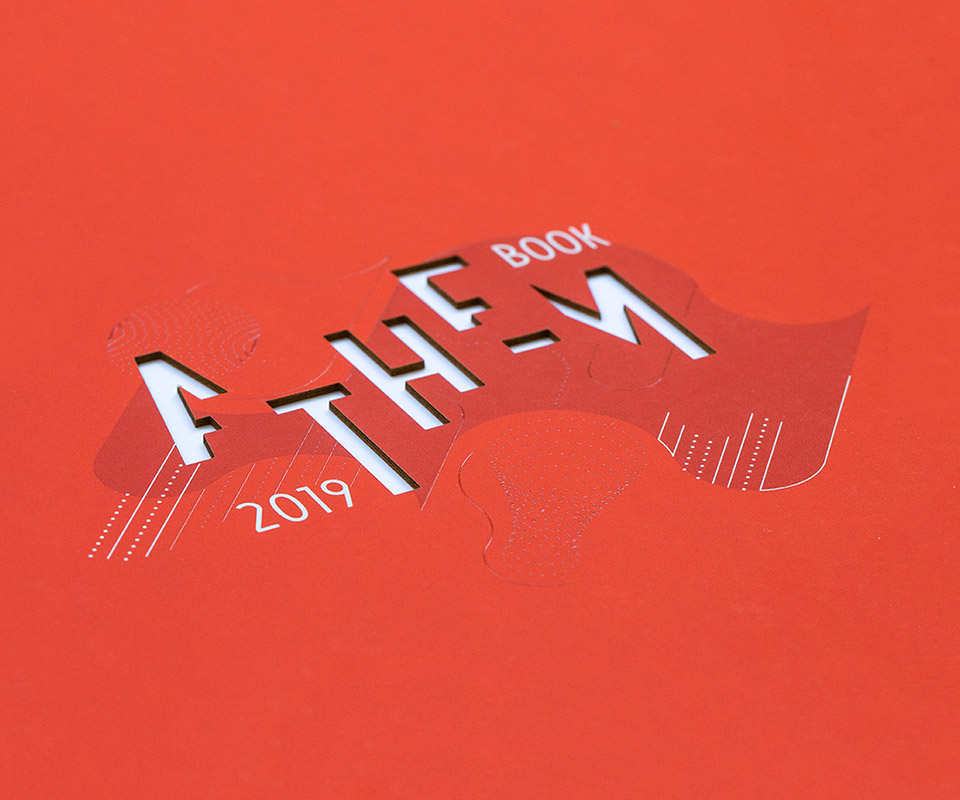 4 silk screen layers were applied to the cover and back of the portfolio.(a red, a slightly darker red, a white and a spot varnish).

We then laser cut the Athem logo into a 1.5mm Sumo card (Favini) that we stuck on to another layer of card so that, once it’s assembled, the logo has real depth.

Then one of the Athem colours was applied on the four edges. 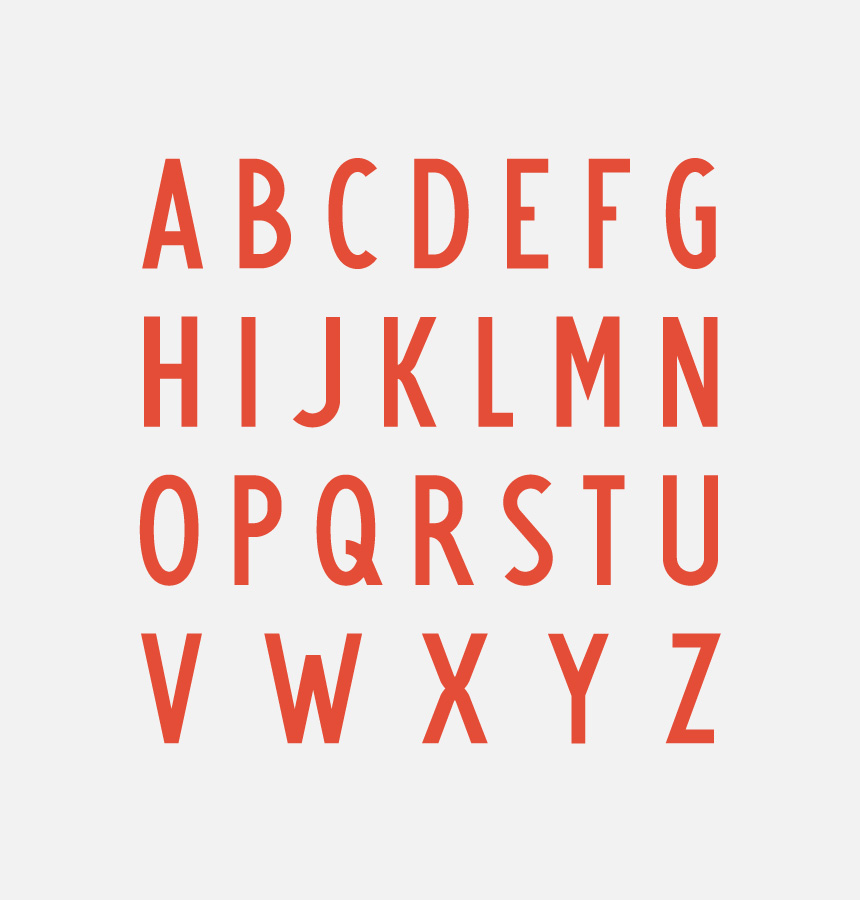 Athem’s logo is made with a typographical design created specially by our studio. Called Athem Sans, this typography is available in three versions of the same bold type.

Athem Sans Regular Alternate is based on the same structure as its siblings.

Its defining feature is the cutaways in the letters that make up the Athem logo. Essentially, the letters A, T, H, E and M have kept their cutaway sections and visible cuts in the logo.
The rest of the alphabet sits along the vertical line of the H and M. Accented glyphs with one or more modified letters are visually transformed like their parents.

The idea behind this twist in the typography is that every word written in the font will be jostled around, restyled by Athem. 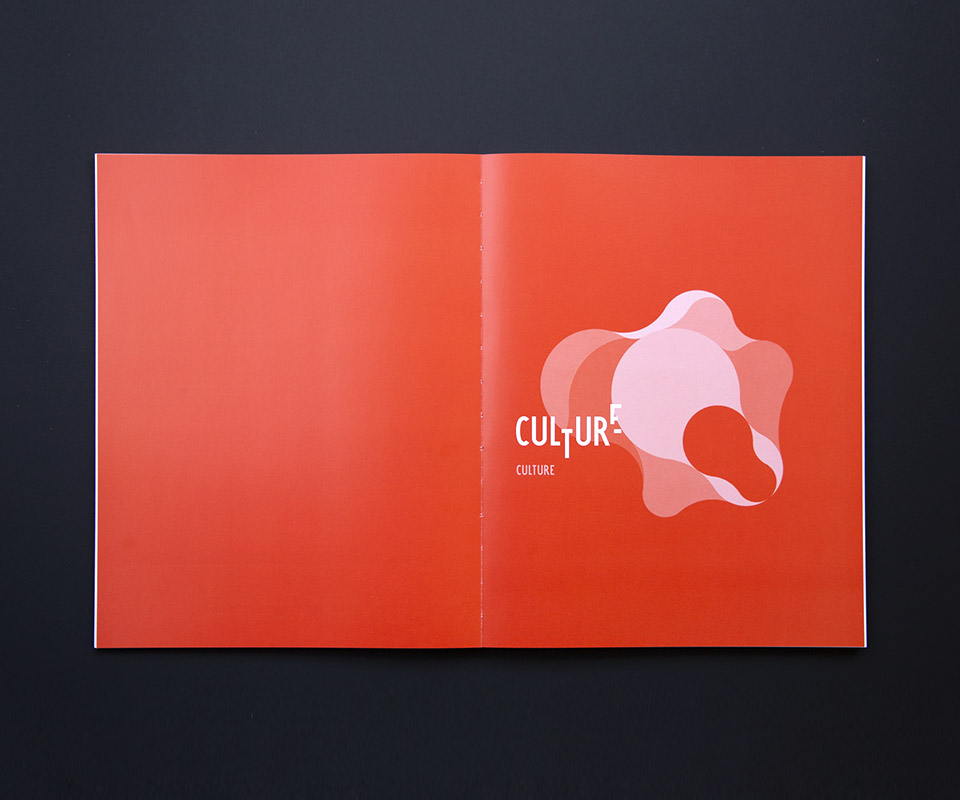 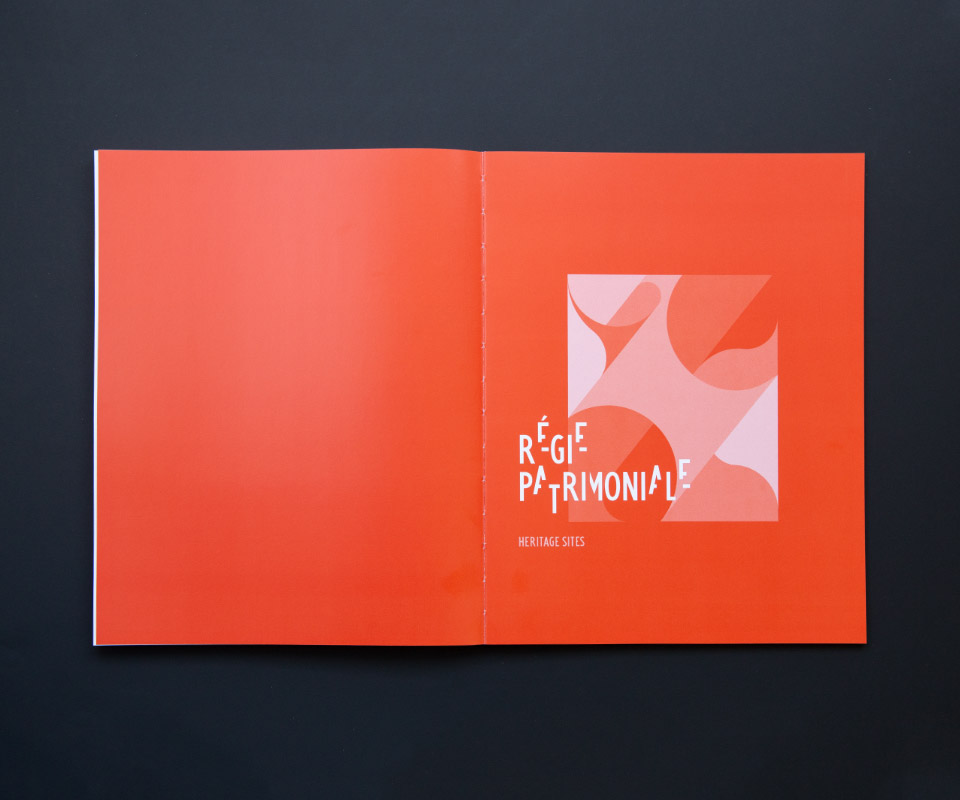 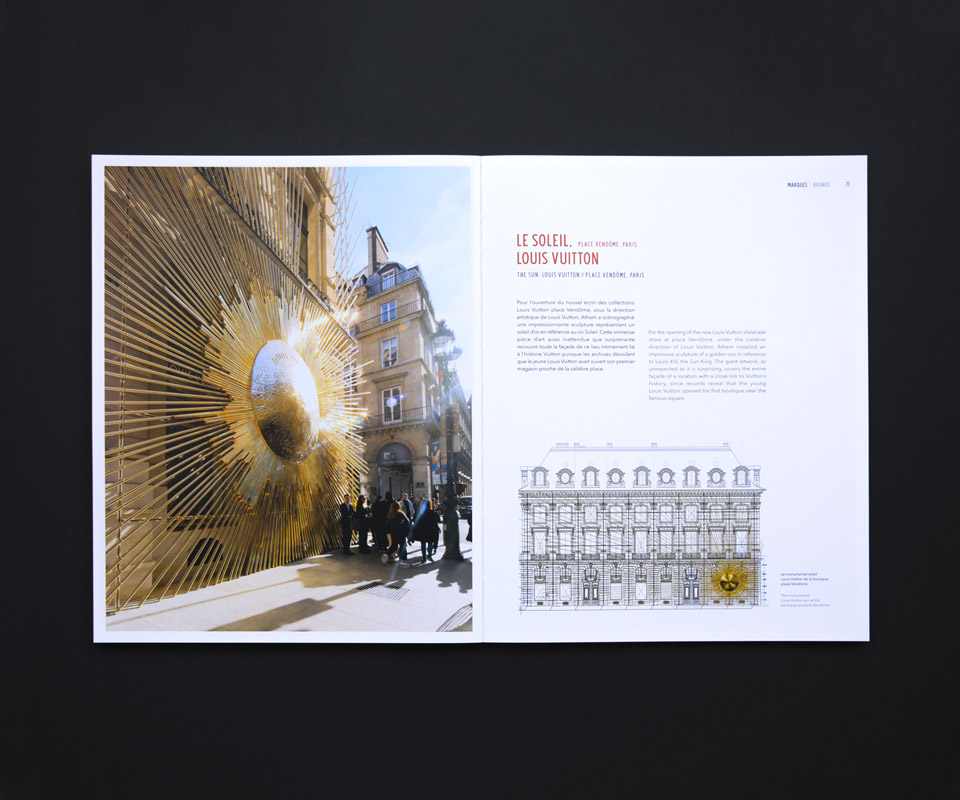 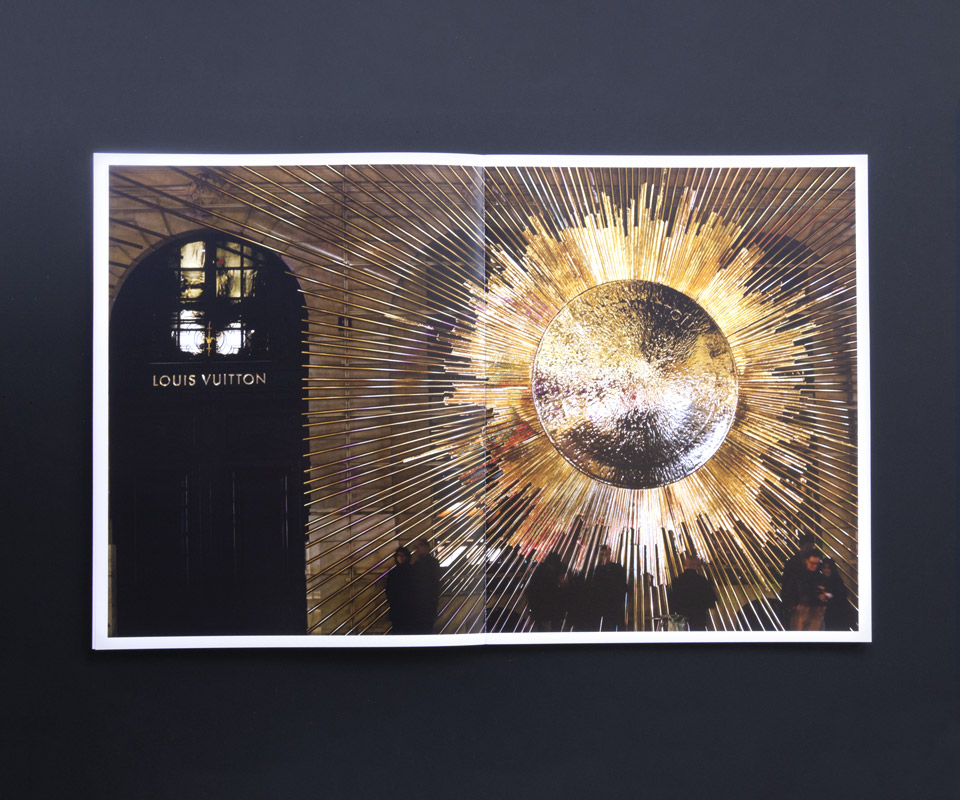 Self-manageable, the site leads the visitor into the studio’s world. A cross between sensations and technical innovations, the user is invited to feel something specific – Athem’s state of mind.

On every page the website plays with vertical spacing. Like a sheet of music, the user reads about the projects as they float across the stave. The lively site provides fluid and elegant transitions between its pages.

Each page has an original feel, and everything is navigated by scrolling. 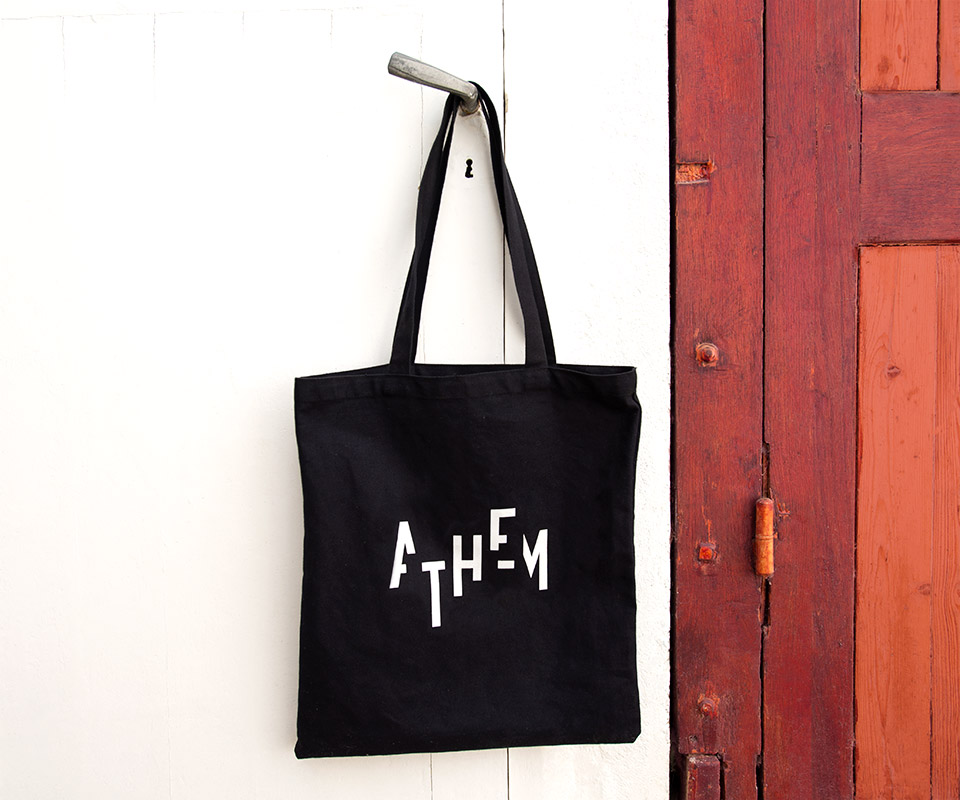 The mobile and tablet versions of the site are specially designed for those formats. 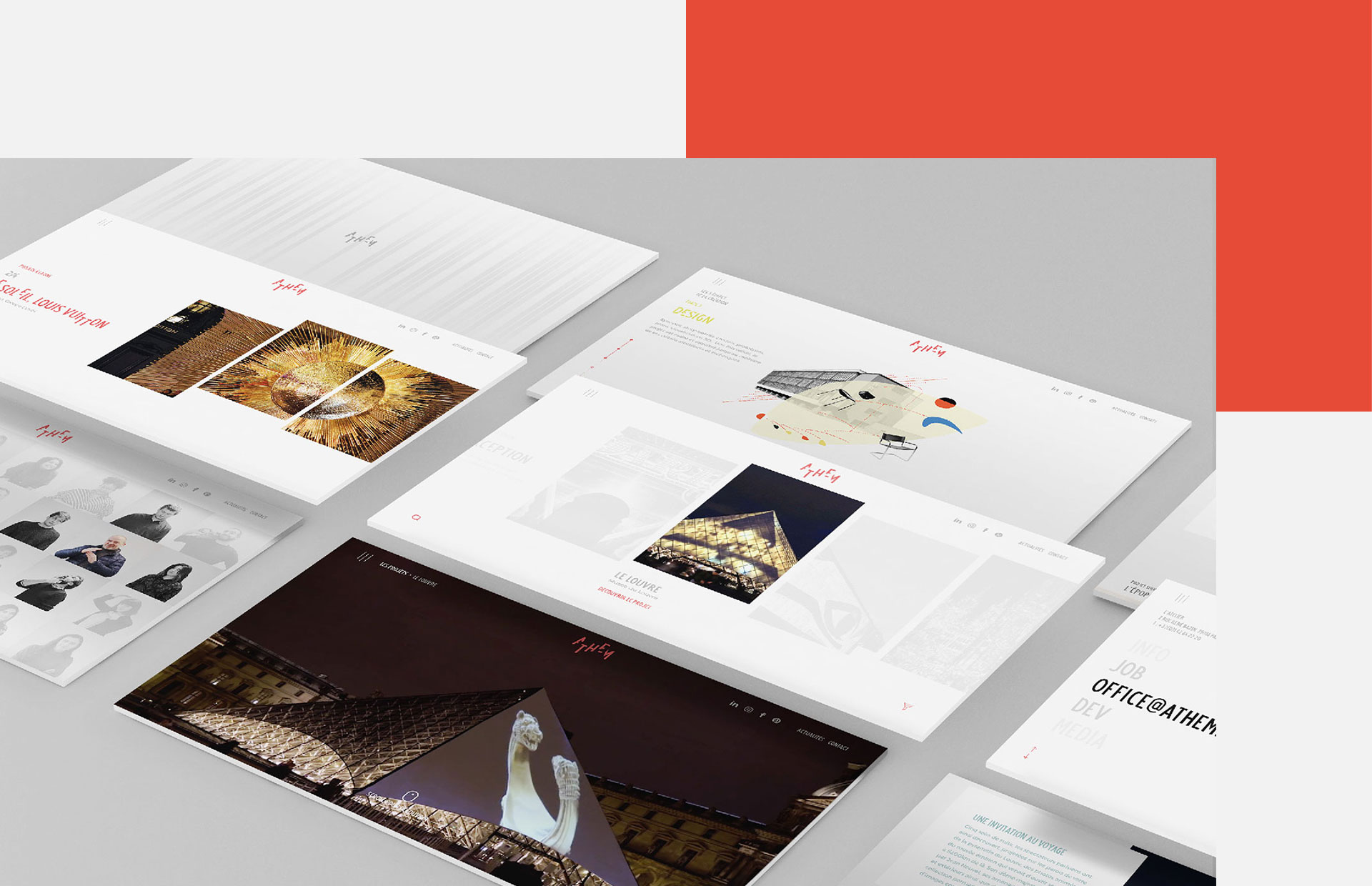 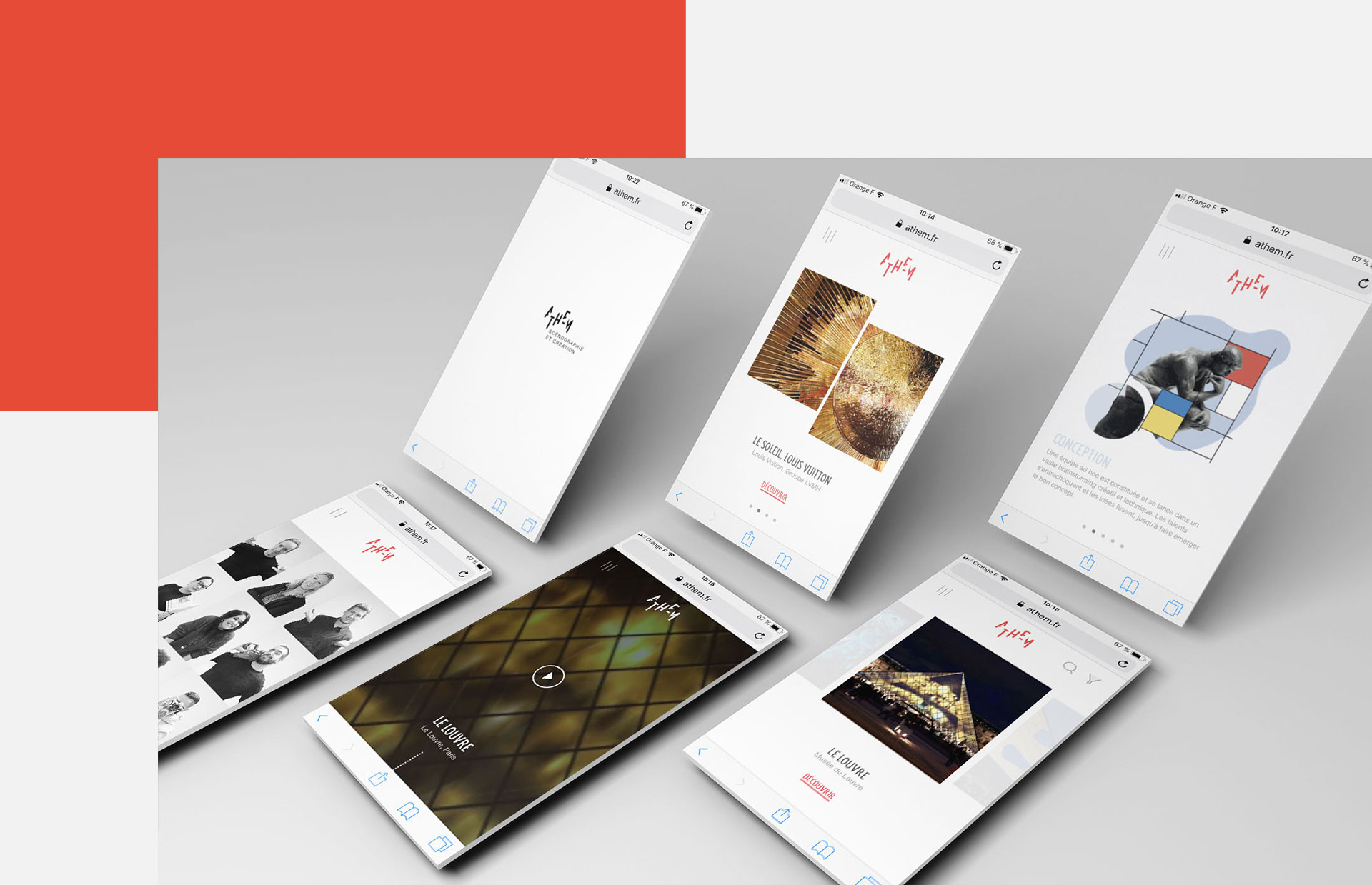 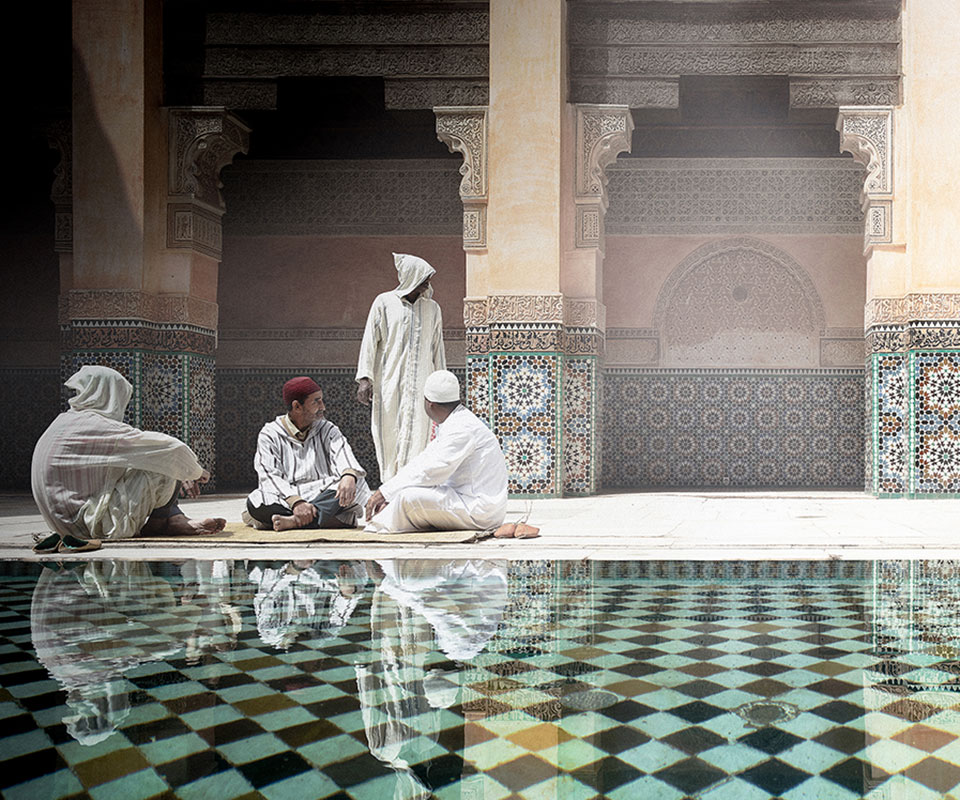 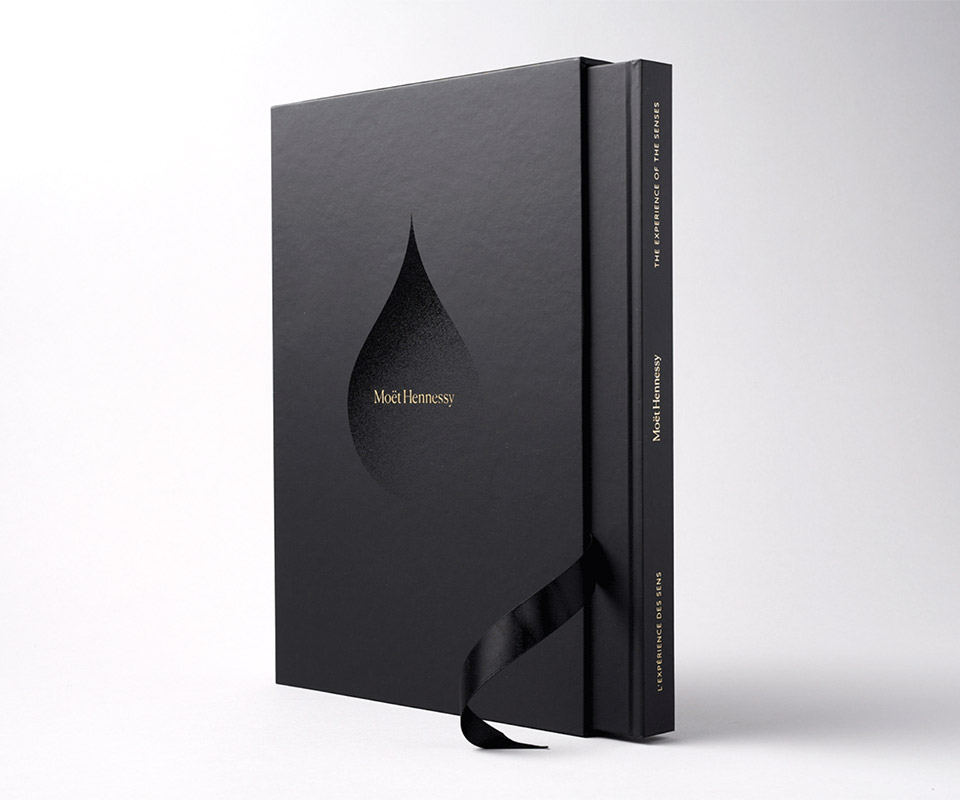